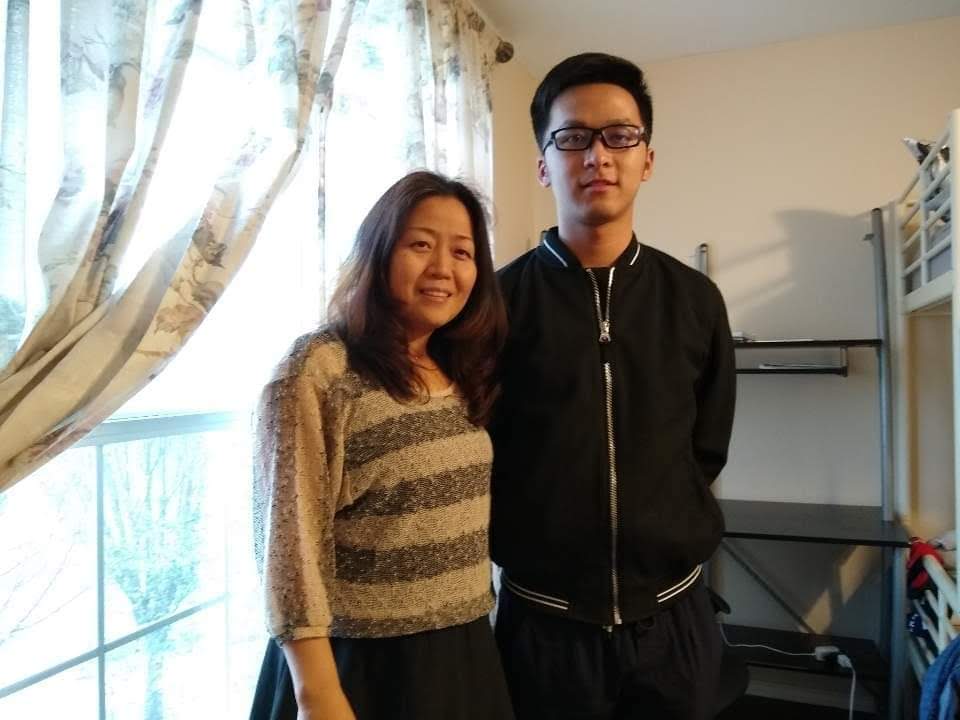 Were you able to read last month’s blog What Makes a Family a Family? I was honored to interview Gina about her experience while hosting our Chinese Prep students in her home.

Tony is one of the young men she is currently hosting and I had an opportunity to hear his perspective on family. Tony is a junior at St. Dominic Savio Catholic High School in Austin, Texas where he loves studying math, physics and computer sciences. He hopes to attend a college on the east or west coast of the United States and study engineering or business.

His family is from Hang Ghou in SE China, which is near Shanghai. He told me his mom used to be a kindergarten teacher, but she quit her job and stayed at home when his little brother was born. His dad works for a medical company.  His younger brother is seven years younger than him. He says he and his brother are close but they also fight sometimes about toys or food.

“Miss Gina” and “Mr. Albert” are what he calls his host parents and they have two younger daughters as well. Together they host three Prep students (three boys). He said it’s been very nice and comfortable and they all get along really well.  I asked him why he says it’s comfortable he said,

“I feel comfortable because we all respect each other’s personal space and we’re forgiving when we make mistakes. We are kind to each other and we never fight. Everybody gives and takes a little and we make daily sacrifices for one another.”

He said he feels like a part of their family because they all share their experiences with each other and talk a lot. Gina and Albert invite them to events and picnics with them and the more time they spend together the closer they get.

His favorite memory he had with his host family is when they attempted to put a Harry Potter map of Hogwart’s school together. Sounds exciting!

Family Pivots Due to Coronavirus

Tony said it’s crazy because he was so worried about his family when the virus hit China but they all remained healthy and well. Now that it has hit the United States he says, “My family in China are now more worried about me.” His host family here made some important and safe changes to help protect their entire family, including the three boys under their care. Tony said,  “We try to stay away from populated places while taking great precaution.” He also said he’s staying in good communication with his family in China to let them know he’s ok.

Tony, we’re so thankful you’re a part of the Prep family!